Mid-Atlantic Media Hub teamed up with Bennis Public Relations to tackle the extensive scope of the Home Builders Association of Metropolitan Harrisburg (HBA) 2018 Parade of Homes. As our first year managing the promotions of this reputable event, we brought a fresh perspective, overcame unique challenges and achieved success in a wide variety of metrics – all while coming in substantially under budget.

The HBA’s annual Parade of Homes is a nine-day event that features about 40 newly constructed homes spanning the Greater Harrisburg region on both the East and West shores. This event is free and open to the public with the goal being to showcase the quality and craftsmanship of an average of 20 local HBA member-builders who participate in the event each year. Over the course of two weekends and one full week, upwards of 18,400 people pass through one of more of the homes on the parade.

In past years, this project allowed for a budget of $60,000 to cover all marketing, advertising and public relations to promote the event throughout the Greater Harrisburg media market. A previous firm, who managed the promotions of the Parade of Homes since its inception, utilized this budget mostly to produce and place television, radio, digital, and billboard advertisements.

When HBA made the decision to change things up in 2018 and work with Mid-Atlantic Media Hub and Bennis Public Relations to promote the 2018 Parade of Homes, the budget and scope of work remained basically the same, however several new components were added. Foremost, HBA wanted to create a “Chefs on Parade” kickoff event which would take place the Friday evening before the parade opened to the public. The goal of this event was to feature five homes, along with five local chefs who would serve a signature menu in each of the homes, to raise money for the HBA’s scholarship fund. Additionally, HBA wished to take a fresh look at their advertising strategy to ensure they were reaching the correct target audience. Finally, we identified several new initiatives we wished to implement to increase sponsorships, promotion and attendance. With the addition of these new components, the budget had to still remain at or under $60,000.

As with any transition, there was the challenge of familiarizing ourselves with the many, many tasks, both big and small, that needed to work in unison to create a well-produced and well-promoted event. The addition of Chefs on Parade proved to require a lot of time and attention to work out all of the logistics of a first year event. We were starting from scratch and didn’t know what to expect in way of attendance or outcome, but we needed to forge ahead confidently to ensure the event felt professional and established. Chefs on Parade also pulled resources from our overall budget, whereas this wasn’t the case in previous years.

Upon a close analysis, we found that the previous year’s ad placement strategy was not reaching the correct target audience, so this needed to be significantly adjusted to improve how and where we were spending ad dollars.

Due to the nature of the residential real estate market at the time, the anticipated number of participating homes and builders came in lower than expected. HBA turned to us to tighten our budget to offset some of this loss of expected income, while still maximizing our public outreach.

Additionally, in transitioning the website over from the previous firm, we found it had quite a few “bugs” and limitations that were challenging to work around when updating it for 2018. There was neither the time nor resources to do a full overhaul of the Parade of Homes website this year (though this was prioritized for 2019). Instead, we dedicated modest funds to doing as much as we could to get the website updated and functional. The website updates and pulling together all the builders’ photos and floor plans took longer than expected, cutting it close to the launch of our first promotions which would point people to the website.

All challenges aside, we developed an ambitious and fully-comprehensive strategy, not only to match the scope of work from previous years, but to take things to the next level – all while saving money. It was a tall order to say the least, but one we were confident we could fulfill.

Upon analyzing the previous advertising strategy, we immediately identified key ways to save money on everything from ad placement and graphic design to increasing our focus on earned media over paid media. Of the $60,000 available budget, we not only matched previous years’ media placement, but increased it significantly – all for just $33,200! This provided us with resources we could reallocate to the new components of our plan that were added to the 2018 Parade of Homes.

More than just a focus on deliverables, we also mapped out a strategy for ongoing communications and project management between Mid-Atlantic Media Hub, Bennis Public Relations and HBA. We worked from a shared ongoing task list that we all had access to view and update in real-time, so there was never any confusion about who was working on what task and its status update. Additionally, we had a standing weekly conference call, monthly committee calls and constant email communication. This kept us all on the same page and allowed for projects to move quickly and efficiently.

In past years, the HBA’s former advertising and marketing firm had the benefit of getting a head start on planning the Parade of Homes at least four to five months in advance. However, we were not brought on board officially until late June 2018, less than three months before the parade. We knew we needed to hit the ground running to fully implement the tasks we had outlined, so that’s exactly what we did.

First we secured all of our desired ad placement with the various television, radio, print, digital and billboard advertisers. Then we set a timeline for when our creative was due for each. We worked with a graphic designer to create all the necessary creative, in various styles and sizes, at one time to use these resources in the most efficient way possible. Through our network of freelancers and consultants, we were able to complete all the graphic design and video design work for a mere fraction of what this had cost HBA in prior years. Again, these resources were reallocated to other areas that needed them.

Next, our major focus was on producing the Chefs on Parade event. We remained extremely hands on, calling upon our personal contacts to secure premiere restaurants/caterers for each home, getting the beer donated for the event and securing an additional $4,500 sponsor. We also included Chefs on Parade into all of our paid advertising leading up to the event, placed social media advertising and issued a press release for even more media buzz.

We secured two live television features on ABC27’s Good Day PA. On filming day, we were on set to prep the guests and to ensure things ran smoothly. Even when the media outlet made an error in our feature arrangements, we quickly took charge of the situation to still obtain the best possible outcome and to make sure our sales rep was aware of the error and prepared to make it right for HBA.

Cammi, from Mid-Atlantic Media Hub and Stephanie, from Bennis Public Relations attended the HBA’s awards gala on the Wednesday before the parade. We were present to experience the gala, but also to ensure that the local celebrity emcee we had arranged for the evening was fully prepped. We also had a presence at the Chefs on Parade event to network and represent the parade’s promotions this year.

We find it extremely valuable to attend every client event we can so we can see first-hand the things that went well and identify areas of improvement for future years. This all ties back to our goal of remaining hands-on and serving as an extension of our clients’ organizations.

There were several significant “wins” that alone would signify that the 2018 Parade of Homes was a success, but truly it’s the combination of all these things working together that made this particular project such a unique case study.

Considering the cost-savings, the next success is even more impressive. Attendance for the parade in increased by 34% compared to 2017! This single metric carried a lot of weight as to whether the parade was a success, both by HBA and all of its participating builders and sponsors. Builders commented on how the homes felt busier this year and by a more targeted demographic.

Third was the collection of the consumer “passports” from each home. The design and distribution of passport cards was new to 2018. The goal was for these response cards to be completed by attendees who would provide HBA with valuable demographic information to use in future years. This year was a “soft launch” of the passports, yet still we collected a total of 59 passports that offered great insight into our target audience, the homes they attended and how they heard about the event. This only stands to grow in future years and now that the participating builders realize the power of these passport cards, they stand ready to fully promote them in 2019.

Finally was Chefs on Parade. Adding on the unknown of a first year event, especially one that charged a ticket price and had hard costs to cover, required a great deal of time and resources to plan and promote. We exhausted every avenue for promotion as well as every personal and professional contact who could contribute to the event. In the end we had 90 total attendees which just nearly hit our ambitious goal of 100 attendees. After all expenses were paid, $1,300 was contributed to the HBA’s scholarship fund. Now that we’ve laid the groundwork for this event, all future years will benefit from our blueprint for success, and can build upon it significantly.

With the first year of collaborating on the HBA Parade of Homes under our belts, Mid-Atlantic Media Hub and Bennis Public Relations is well poised to take things to the next level. Foremost, we intend to continue to provide HBA with lean and efficient advertising, marketing and public relations strategies. We also have the benefit of beginning to plan for the event well in advance, giving us a far greater runway to really have our promotional efforts take off in 2019.

We have plans in place to offer greater communication and support for our builders to ensure they are helping to promote the event from a grassroots level. This will be done by way of hosting several “intro” workshops to provide ideas, best practices and to also allow our sponsors an additional opportunity to engage with the builders.

With the framework of the revised media strategy laid out, combined with our ever-growing relationships and connections within the media market, we will have even more leverage and resources to enhance our paid and earned media placements. Additionally, we plan to improve both the website and mobile app for the Parade of Homes in 2019, fixing the bugs and limitations we identified in 2018.

A project of this scope and magnitude certainly presented us with challenges. If we had to narrow down the core factors that contributed most to the success of the 2018 Parade of Homes it would be innovation – we weren’t scared to take chances and think outside the box; communication – we had a strategy for staying in constant communication even with many moving parts; and customer service – we functioned like an extension of HBA, going well beyond what was expected to provide the highest level of service. 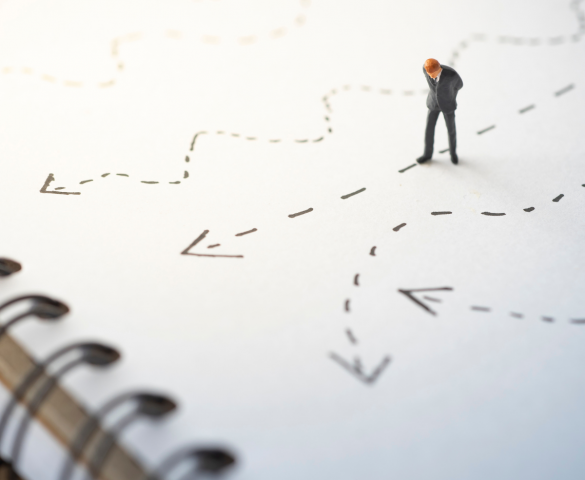